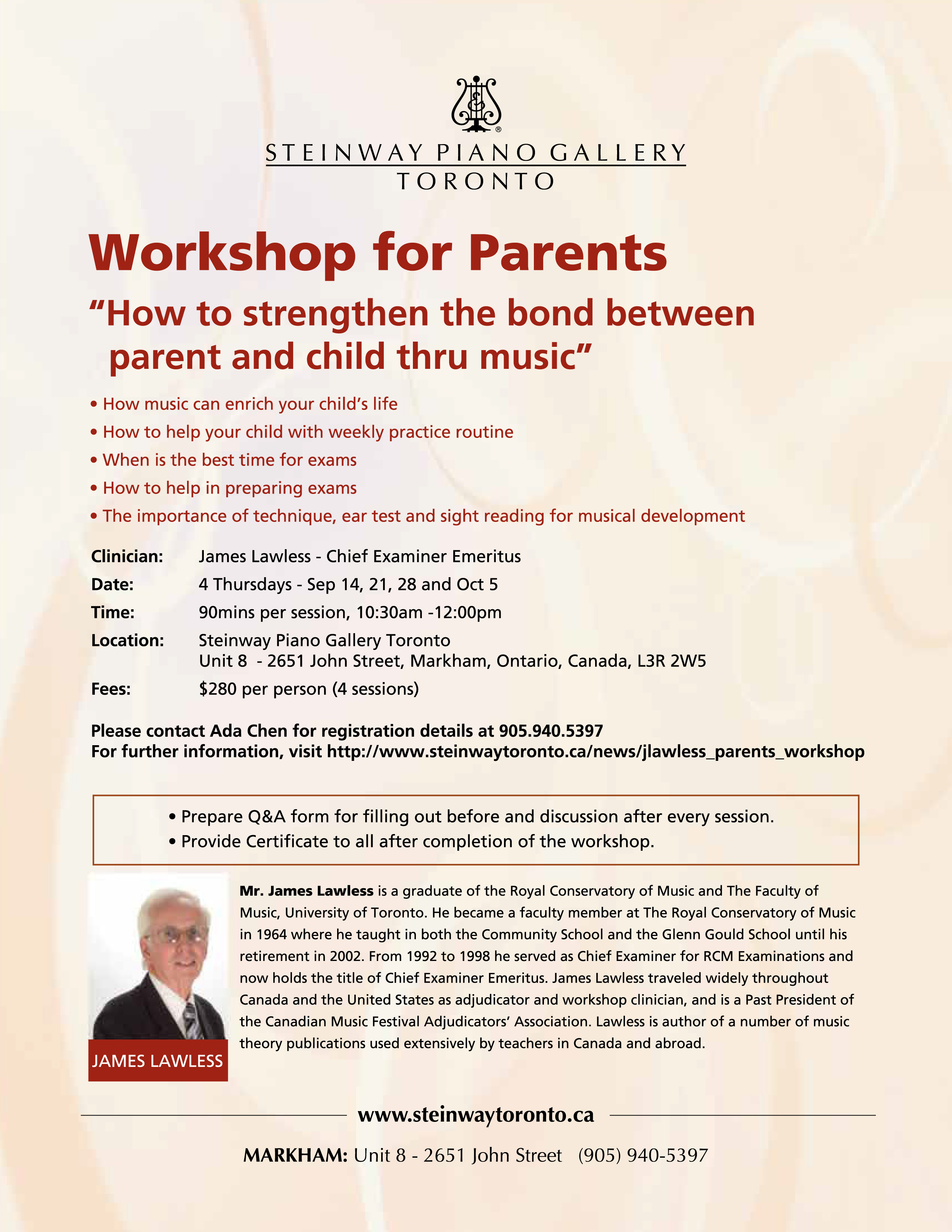 Mr. James Lawless is a graduate of the Royal Conservatory of Music and The Faculty of Music, University of Toronto, Mr Lawless studied piano with Earle Moss and Pierre Souvairan, theory with George Coutts and Dr. F.J. Horwood, and vocal and instrumental accompanying with John Coveart, Askel Schlotz and Kathleen Parlow. In his early teaching years 1962 –1963, he was a music instructor at St Michael’s Choir School in Toronto. He became a faculty member at The Royal Conservatory of Music in 1964 where he taught in both the Community School and the Glenn Gould School until his retirement in 2002. He is a former Branch Administrator for the Royal Conservatory of Music, was Academic Advisor to the Royal Conservatory of Music Affiliate Teacher Network, and a member of the RCM Faculty Association and Academic Council. From 1992 to 1998 he served as Chief Examiner for RCM Examinations and now holds the title of Chief Examiner Emeritus. Mr Lawless joined Euromusic teaching faculty in 1997. He has also been involved with music programs for handicapped children and adults, and has held positions as church organist and choir director.

James Lawless traveled widely throughout Canada and the United States as adjudicator and workshop clinician, and is a Past President of the Canadian Music Festival Adjudicators’ Association. He has also attended numerous Music Teachers’ National Association conventions in the United States as a guest lecturer. Mr. Lawless is author of a number of music theory publications used extensively by teachers in Canada and abroad. Through his years of experience, and dedication, James Lawless has earned a growing respect from colleagues and fellow musicians across North America.