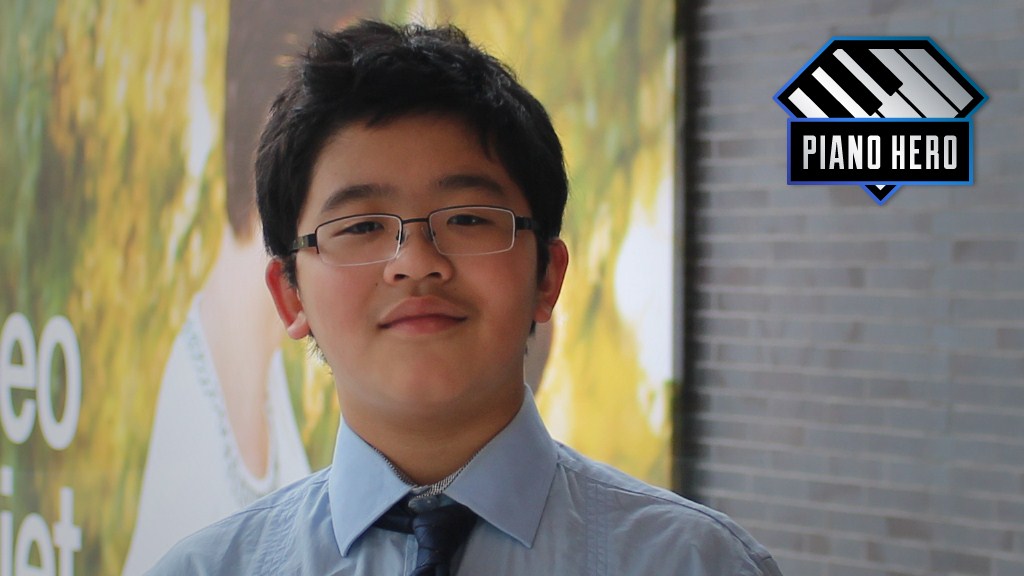 Congratulations JJ Bui on winning the first Piano Hero Championship, and winning a Steinway-designed upright piano (model # Boston UP 118S PE﻿) courtesy of Steinway Piano Galleries of Canada. We are proud of you!

After three days of careful deliberation, the jury selected JJ (Jun Li) Bui as the grand prize winner. Bui is 11 years old and studies piano at the Phil and Eli Taylor Performance Academy for Young Artists at the Royal Conservatory of Music in Toronto.﻿ In 2015, he was included among the Toronto Star's 12 "wonder kids" under 12.

“This is great encouragement for me,” said Bui upon learning that he won the grand prize. “I thank my family, friends, teacher and all the contestants and people who supported me in this event. I want to tell you that you are all awesome; together we achieved this. You are all heroes!”

A total of 215 amateur classical pianists of all ages and levels submitted videos to Piano Hero and competed for the public's vote. The top 10 contestants advanced to a final round, judged by pianists Angela Cheng and Jan Lisiecki and conductor/pianist Yannick Nézet-Séguin.

"Impressive, especially for someone so young! Beautiful sonority and expressive — I really enjoyed it﻿," said Cheng of Bui's performance of Chopin's Ballade No. 1 in G Minor, Op. 23. Lisiecki added, "Truly impressive musicality and a great performance. You really captured the essence of Chopin’s music in this performance. Congratulations.﻿"

"Your musicality is absolutely marvellous, very personal and you play with an incredibly beautiful sonority," enthused Nézet-Séguin. "I was really touched by your performance. You have an immense and rare talent.﻿"

Winning also includes a trip for two to Montreal from April 21 to 24 to make a professional music video, have a private piano lesson with David Jalbert and attend l'Orchestre Métropolitain's "La Symphonie Fantastique" concert on April 22, where he will give an intermission solo performance at La Maison symphonique.